This intricate a chain of stupidity

No matter the outcome of the trial against Kyle Rittenhouse there is a bigger problem to overcome: That of narrative and of truth.

it should not have been possible for this intricate a chain of stupidity to have as many links as it does
— Andrew Vaillencourt, “Anatomy of a Catastrophe“

If you don’t believe in objective truth there’s little point in communicating; if you think the truth is constructed by narratives, all communication is suspect and you will believe what you want to believe.

So, this picture is real but is it truth? 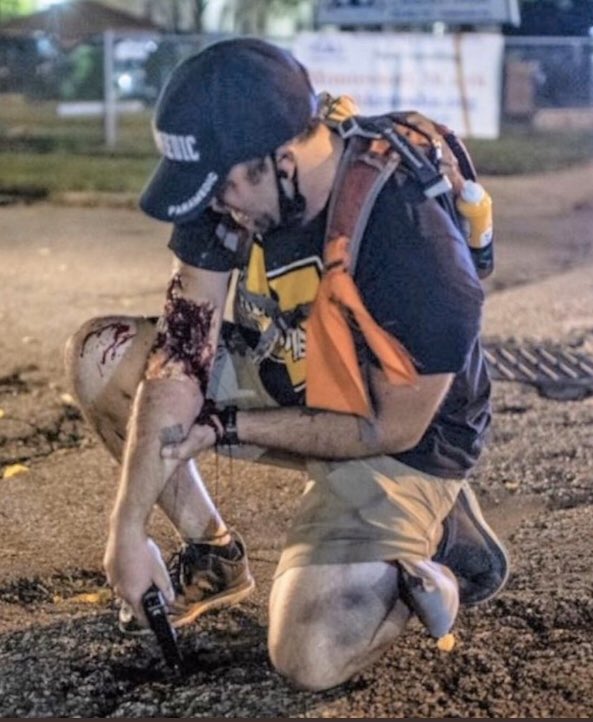 The man is shot. He has a gun in his hand. He wears a hat that says paramedic. Here’s part of his testimony in court which illuminate the two competing narratives that surround the events (read the entire thread by wokal_distance):

Which of those stories do you believe?

We currently have 2 videos of the shooting, and depending on which video you use and how it’s edited, you can make either story look correct.
— wokal_distance

If you want a longer discussion about the events and the risks of constructing a narrative to view those events through, read Jesse Singal’s “Here Are My Contemporaneous Articles About The Kyle Rittenhouse Shootings, Now Unlocked“.

And if Rittenhouse is acquitted and you read an article reducing this to a question about race, know that that is not the truth. It’s much more complicated than that.

This entry was posted in Other and tagged andrew vaillencourt, jesse singal, kenosha, kyle rittenhouse, wokal distance. Bookmark the permalink.