How to get a Royal Python 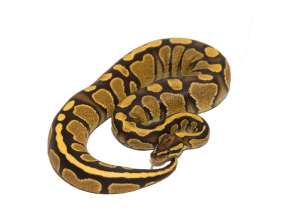 This is a story I told almost 8 years ago, but as my own son is approaching this age now, I will repeat it.

I was in a queue in a shop and I ended up talking with another family in the same queue. The older boy had just gotten a pet, a royal python, which was what he had wanted.

The mother hadn’t been happy about getting a snake. They would have to feed it small animals and also, aren’t they dangerous? So she had gotten her son to reconsider, but unfortunately for her he had then started talking about getting terrarium. With a tarantula.

The family had accepted a snake then, but only if it was a small snake. A grass snake was found to be acceptable, so the family went to a pet shop and the boy was finally allowed to hold his future snake. And it bit him.

Grass snakes are apparently rather aggressive, which pythons, and especially royal pythons, are not.

So the boy got his royal python.

This entry was posted in Other and tagged ball python, royal python. Bookmark the permalink.